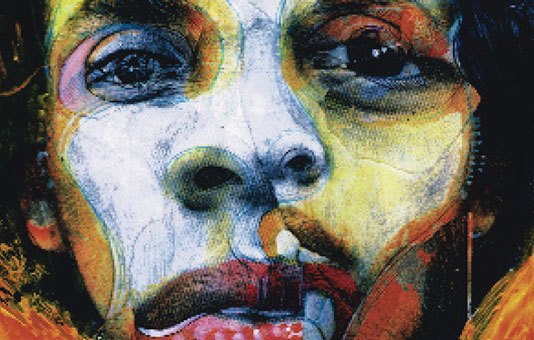 Twin Cities, No Sign + Before, by Jenny Browne
It’s Late Here How Light Is Late Once You’ve Fallen + Elegy to the Last Breath, by Katie Ford
Shadow of the Valley + How To Get The Love You Want, by Sarah Fox
Graffiti + The Chain, by Brian Komei Dempster
Marginalia + Divination, by Claire Hero
Closing Time + Quarry, by Elizabeth Scanlon

Beyond Recognition: A Monologue in 12 Sections, by Norman Lock

NONFICTION
Apology to Henry Aaron, by Steven Church
A Letter to the Bionic Man, by Ashley Shelby

Takahiro Kimura: Destruction and Construction of the Human Face
Introduction by Chris Elam

We’re excited to announce the rollout of Post Road 40, which features new work by Brock Clarke, Ali Raz, Day Heisinger-Nixon and Allen M. Price, among others, plus a guest folio edited by Suzanne Matson and artwork by Lissette Abarca, Cosbe and eight other artists. The digital edition will be published on February 7, with the print books to follow later this month. To celebrate the issue, we’ll hold an online launch on Thursday, February 9, at 7 p.m. Pre–registration is required, and is available here. We hope to see you there!